The Mountain Challenge – April and September 2016 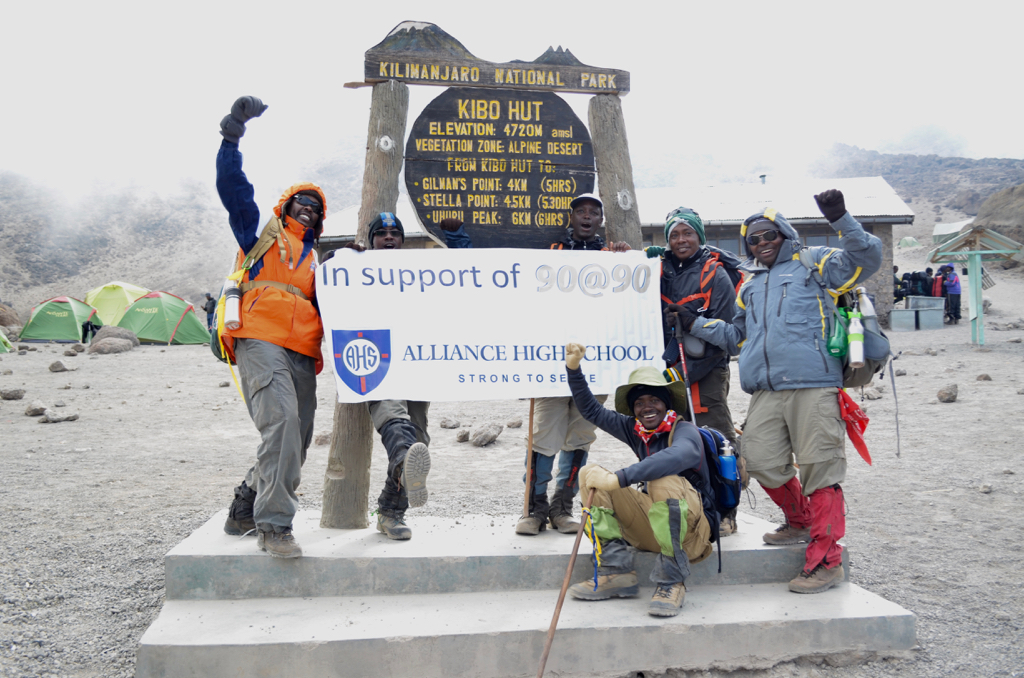 A group of old boys of the Alliance High School, Kikuyu (‘AHS’) decided to use a shared passion: mountain climbing, to raise awareness and funds for their beloved alma mater’s endowment fund. The old boys, the ‘Busherian Mountaineers Group’  (‘BMG’) were:

By the time the AHS’s 90th Founders’ Day was marked on 6th March 2016, the members of the BMG had already committed themselves to raising money under the AHS-OBC’s ‘90@90’ campaign.

BMG crafted and ran a campaign targeting the networks – personal, professional, business and AHS alumni – of the individual members of the BMG to raise funds under the Mountain Challenge banner. The Mountain Challenge raised KShs 1,821,908 in cash from over 200 benefactors, old boys and friends. That money is today under the stewardship of the Alliance High School Endowment Fund, and income from the capital invested will be distributed as ‘BMG Scholarship’ to deserving students at AHS.