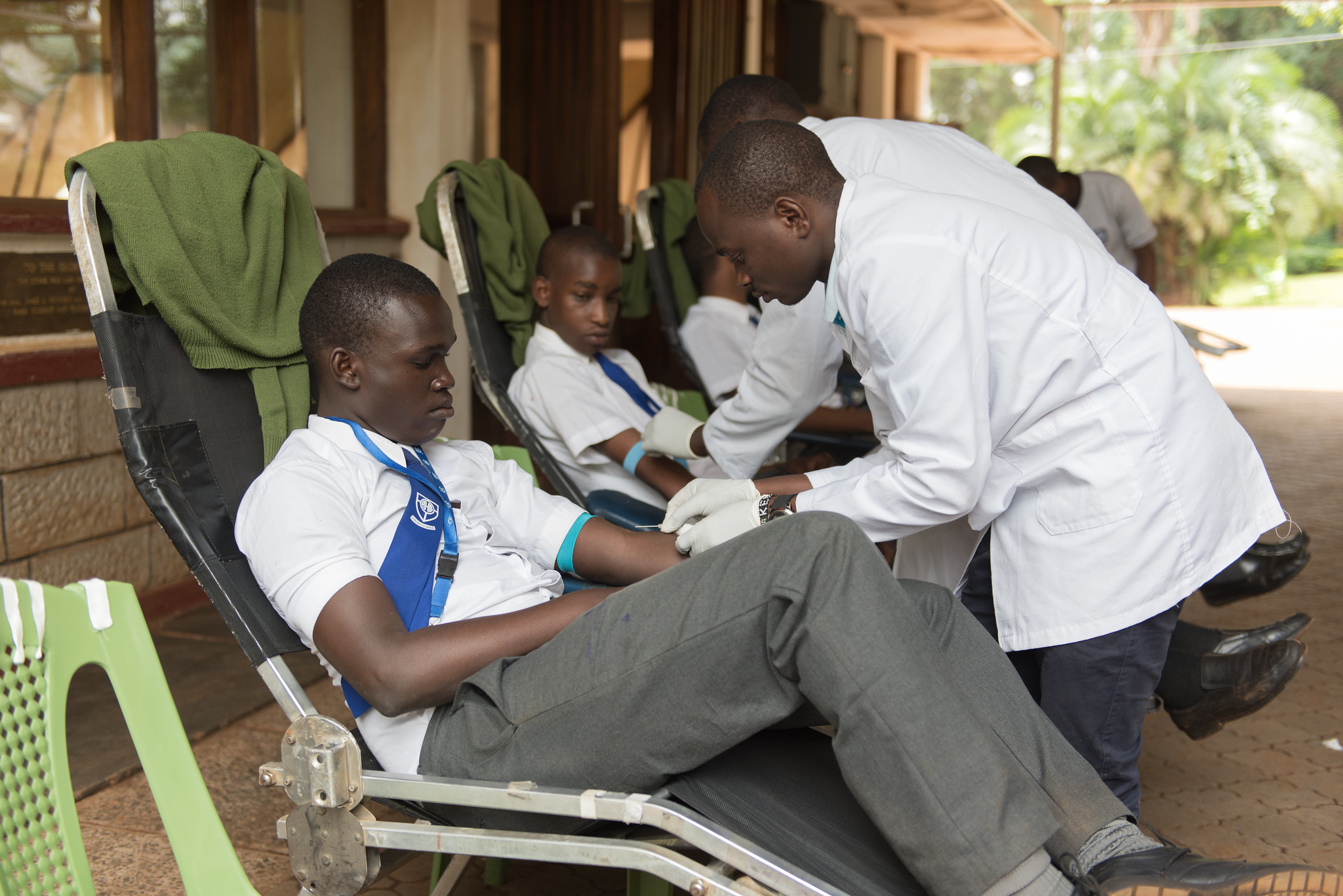 The second edition of the Medical Camp at AHS was held on a special day: February 29th, the extra day of the leap year 2020. Doctors from the school and volunteers in their circles spent the day with the students, consulting, curing and mentoring. This year Alliance opened its doors to some of the neighboring community with Acrossians (Alliance Girls), 500 children from Thogoto Model Primary and their parents also involved.

Dr. Peter Gisore, a pediatrician from the class of 1987 started the day with an inspiring keynote speech at 8 am. He narrated his journey from Alliance through various levels of medical schools to where he is today, a model of success, purposefulness and planning that left half the boys raising their hands when asked if they wanted to become doctors.

At 9:30 am the camp started in earnest. There were a hundred and fifty medics who had turned up for the school we love the most. It is after all probably the only school in the country that can easily raise 150 doctors at first asking. The activities of the day were, sequentially: triage and consultations for 500 Alliance students and 200 from Alliance Girls as well as about 100 teaching and non- teaching staff and their families, laboratory tests then drug dispensation at the temporary pharmacy. Running in parallel were Mental Health Sessions conducted by Mental 360, A blood donation drive that raised 150 pints of blood for the National Blood Transfusion Service, Eye Medical Screenings by Lions Sightfirst Eye Hospital that treated 230 Alliance students and 57 Thogoto Model Primary Students and Optic and Dental services from PCEA Kikuyu Hospital.

For lunch, the school had prepared an assortment of delicacies for the volunteers! The afternoon session continued the consultations and concluded with a long- term follow up plan with the help of school nurse and PCEA Kikuyu Hospital.

The takeaway from this year was one: Impact. This was the most impactful camp we have had for several reasons. First, we had more drugs this year: Many thanks to Minet Kenya, Dr. Moses Mwangi who is always the largest individual contributor year in year out, the Universal Corporation and KEMSA. Indeed, the school sanatorium is adequately stocked for the rest of the year. Second, the volunteers came in droves. Thirdly, the school supported the camp immensely from a logistical perspective and by being excellent hosts.

Special thanks to our partner organisations: PCEA Kikuyu Hospital, Lions SightFirst Eye Hospital, Diabetes Management Institute (DMI) The Kenya National Blood Transfusion Service and Bright Shitemi of Mental 360. The Old Boys Club Executive Committee led by Maurice Nduranu and supported by Engineer Sammy Muita and the Old Boys Network in general for always showing up for the school we love the most. And finally the organizing committee: Dr. Claude Mwaria, Dr. Davies Omondi, Brian Machuma, Dennis Lumumba, Tevin Singei, Vincent Mugambi and Tsuma Mbwana for putting in all the work behind the scenes to deliver a seamless, well- coordinated effort. It was a fitting way to spend the extra day in 2020: going the extra mile to give back to the school that gave so much to us.