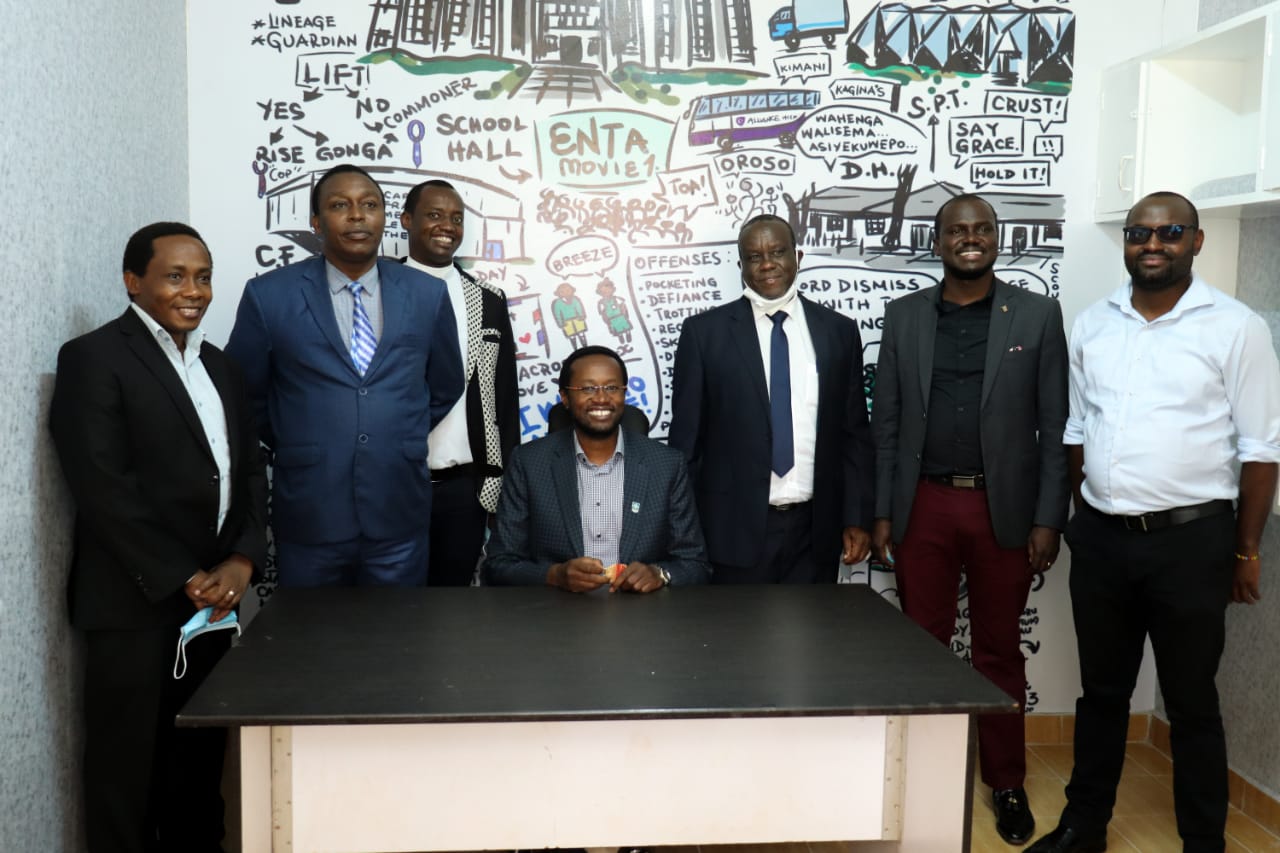 Following the meet and greet portion which began at 10 am, Principal William Mwangi led the AHS OBC executive committee to the OBC office where AHS OBC Chairman Maurice Nduranu officially opened the office. To celebrate the opening of the AHS OBC office, AHS Chaplain Rev. Ndubai led the AHS OBC executive committee members in attendance and the AHS Staff in a word of prayer before the cutting of the cake presented by AHS OBC secretary Begi Gesicho. AHS OBC Golf Captain, Eng. Sammy Muita, donated a calendar and book to the AHS OBC office to mark its official opening.

After the AHS OBC office was officially opened, the AHS OBC treasurer Kenneth Muchina, presented a cheque from the Kenyan based Alliance High School Endowment Fund Trust (AHSEFT) for Kshs 603,109 to Principal William Mwangi that will be placed in the school bursary to help pay fees for students struggling with fees. Fifteen boys in total were beneficiaries of scholarships covered by this sum: two boys were granted the KSN Matiba – BMG scholarships and thirteen were granted the Alliance Classic Run scholarships.  “We would encourage everyone, old boys and members of staff, to feel free to talk to the OBC now that we are right here and find out ways you can be involved with the AHSEF as an individual or a group”, said AHS OBC treasurer and AHSEFT Trustee, Kenneth Muchina. “We can get to an instance where no boy has to suffer the distress of worrying about their comfort while at school because of lack of school fees”, added Kenneth. AHS OBC chairman reassured those in attendance that the trustees of the AHSEFT have gone to great lengths to ensure that the Endowment Fund has world-class accountability and to ensure that donors are aware that their donations will be used for the purposes they intended. “The only two purposes of the Endowment Fund are to support the students and to support the school”, added Maurice Nduranu.

The ceremony concluded at 11 am after the cheque from the AHSEFT was officially handed over to the school administration.