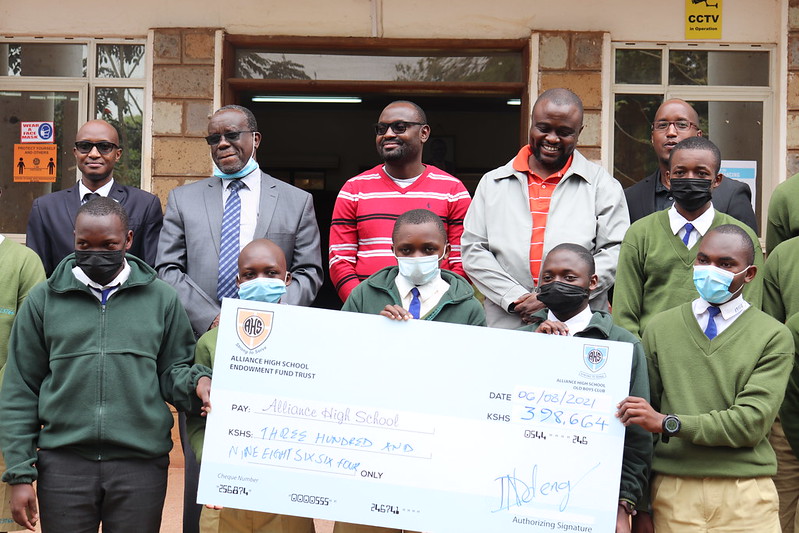 The class of 1981 donation sponsored five students in forms 1-3 on the criteria of financial need. Starlings Muchiri, the head of the OBC Secretariat on behalf of George Mwakule, the 1981 Marshal, indicated that the class was also considering setting up an endowment to ramp up support for needy students.

The class of 2001 donation will facilitate nine scholarships ranked both on merit and need basis.

According to Duncan Ndenga, the criteria used to award the scholarships included performance, leadership, extracurriculars, and school fee balance. Duncan Ndenga, Victor Mungai, Dr Njooro Karanja and Kim Kariuki represented the Class of 2001 during the symbolic handover of the funds to William Mwangi, the Chief Principal.

“This is a great gesture,” said Mr Mwangi during the meeting, “when you give back not only does the student benefit but so does the school”.

The Old Boys also welcomed Paul Mwanzia to Alliance. Paul had been unable to report for admission to form one due to a lack of funds. He was able to report following the intervention of the Mwingi Central MP, Old Boys and well-wishers. Paul was excited to join his dream school and begin his Alliance High School journey.